Hans and Katrijn, Jan-Klaus and Lieze from Belgium joined us during the summer. They are veterans of cycle touring, having ridden in far flung places around the world. Their preference was to come to Hokkaido for this trip, having heard of abundant back roads and temperatures conducive to cycling for that time of year.

The trip would start in Central Hokkaido. The valley terrain and scenery in this part of island has a slight Tuscan flavor. There are rolling fields of wheat and lone trees scattered on distant skylines. The hills are plentiful and the views from the tops are spectacular. What makes it different from Tuscany is the Mountains of the Daisetsuzan National Park, which loom up spectacularly.

Crowning the north is Hokkaido’s highest mountain of Asahidake. It is a live volcano, classically cylindrical apart from the south eastern side, where the last eruption left a big hole. In its place sprung multiple fumaroles, which hiss volcanic smoke skyward.

To the south of this range is Mt Tokachi, another live volcano. It is more intact than its northern counterpart. The steam rising from its caldera is even more impressive, and can be seen some thirty kilometers away. Perhaps younger and more tempestuous, it has erupted

Our route for the first four days would weave the myriad of backroads in the valley and then in and out of the mountains. We would stay in a canyon one night, at the base of the ‘Angel Robe Falls’ which is the third highest waterfall in Japan. The next day we would be back in the mountains, staying in a hotel with an outdoor spring with views over the valley.

It is at the southern end of the park where the family take a day off the bikes to hike part of the range. Half the day was clear, where there were uninterrupted views of the mountains. In the afternoon, the mist would shroud the visibility, and they were guided by the smell of sulphurous gases of the volcano, marking their descent route.

For the last two days, we would be riding in Hokkaido’s South West. If the Central region was dominated by mountains, it is water here, made by colossal volcanic eruptions no less. We would ride from one caldera–lake to another.

In the evening, the dark lake waters become illuminated. A boat departs the dock, motors out and blasts fireworks from its

deck, a nightly performance which brings everyone to the lake’s edge to see the bursting streams of light.

The last day’s ride was finished at the base of what is known as Ezo Fuji, or the ‘Mt Fuji of the North.’ The route would take us around its south and eastern flanks, through the surrounding path work of fields. If by coincidence there is a Belgiun restaurant just recently established at the end of the ride. Waffles all round. 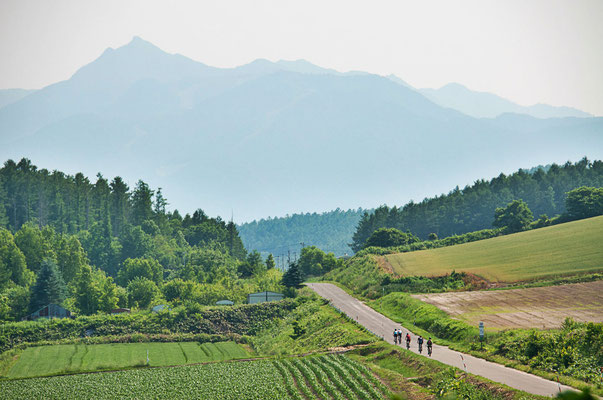 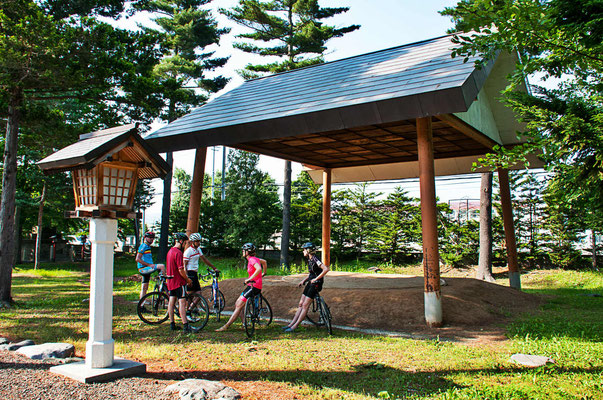 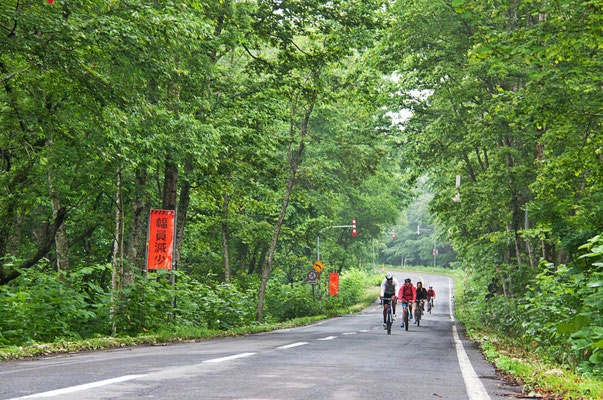 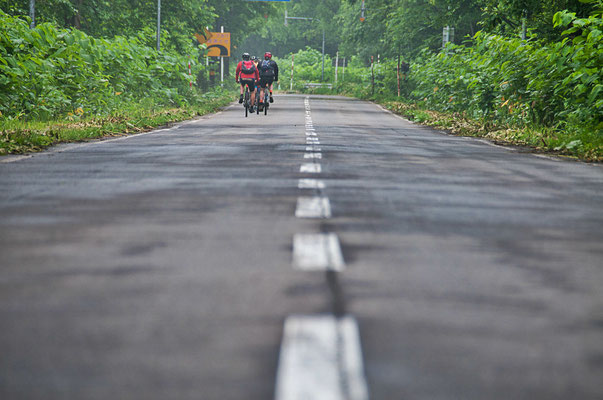 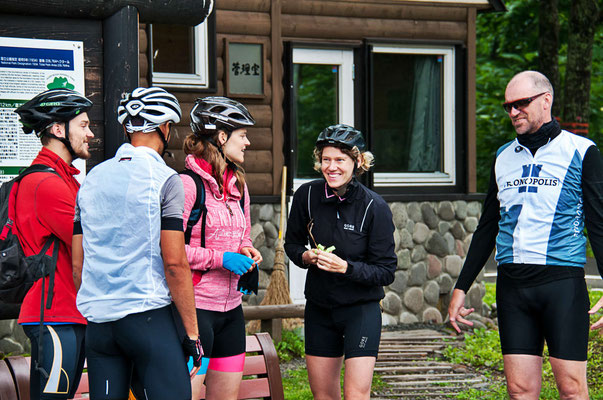 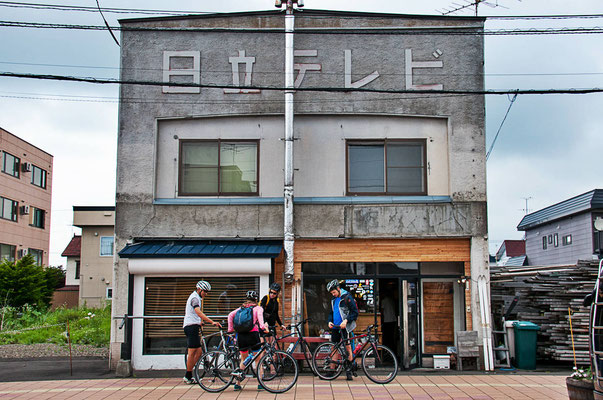 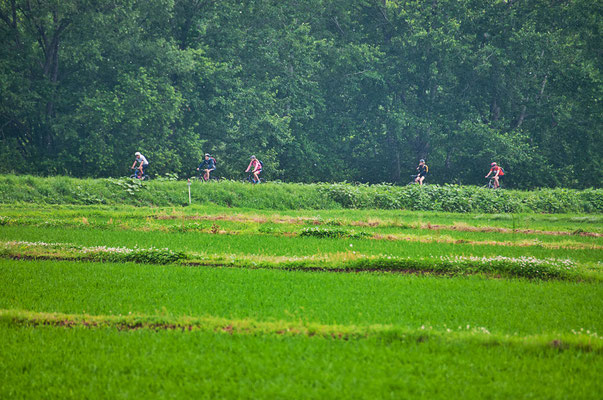 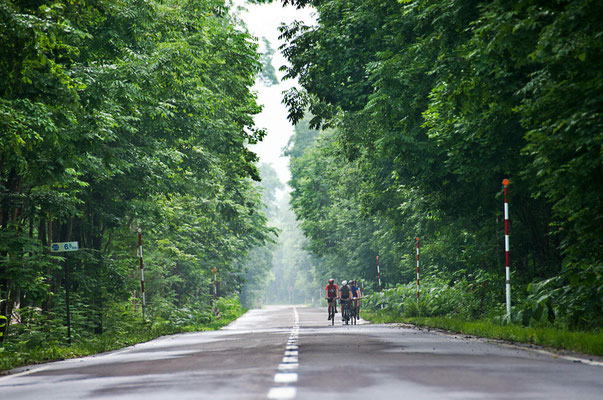 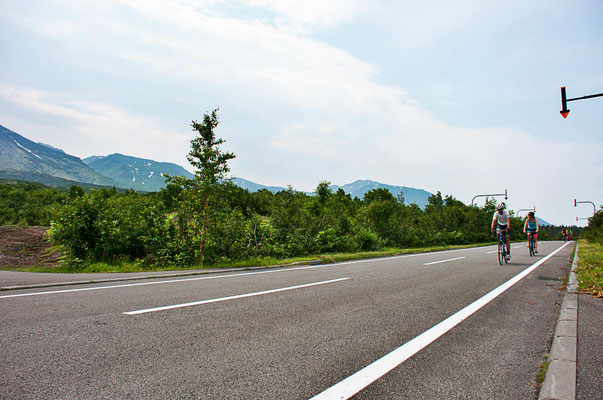 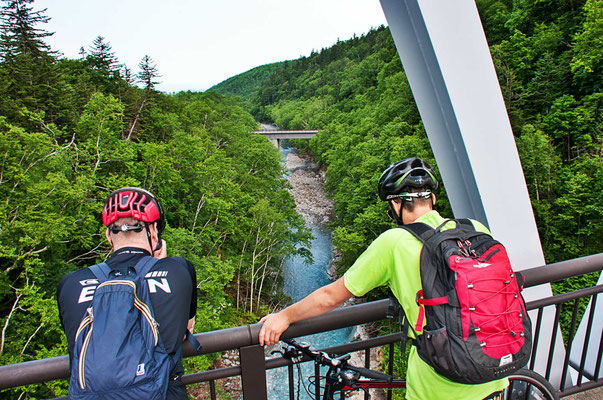 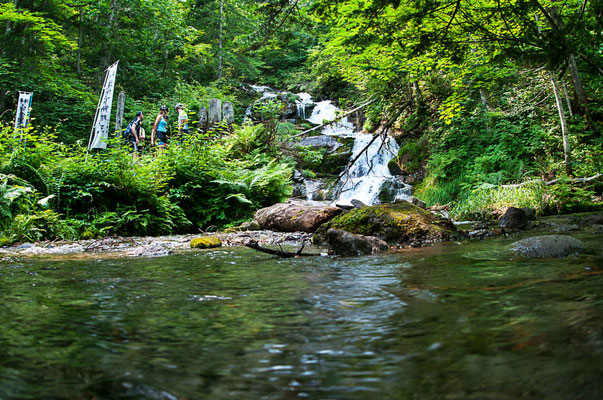 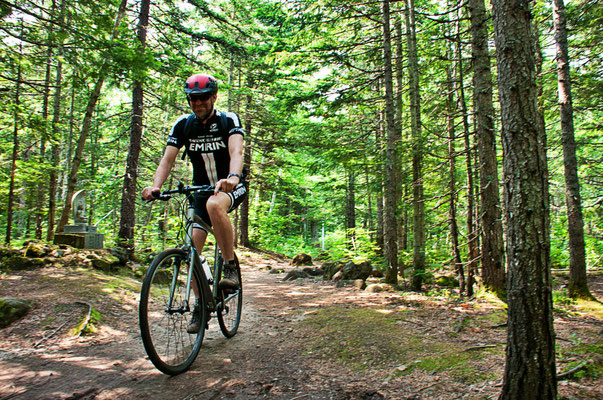