Early August and Honshu is a heat island. Temperatures hover around 30 degrees in the day with little escape during the night time hours. During the mid summer months the residents become dependent on their fans or air conditioners for some solace. Some use their vacation to travel north to Hokkaido where temperatures are cooler and the humidity much lower. It is where Morgan and his two sons Kai and Coe chose to ride with us for six days, from the peaks of the Daisetsuzan National Park, to the coast of Hokkaido's south west region. This is their trip account.

The trip would start in Furano, sometimes referred to the 'Navel of Hokkaido' for its central location on the island. It's a beautiful valley, known for its lavender and flower farms. It sits on one side of the valley on the door step of the Yubari Range, while on the other side is the majestic mountains of Daisetsuzan National Park. The crown of these mountains is the live volcano of Mt Tokachi, which billows steam from its crater.

Each of the days approximated 70 kilometres with anything between 500 to 1,000 meters of climbing. The terrain is mostly rolling and hilly, sometimes gentle and long, or sometimes short and punchy.

The first day was riding around the wheat fields of the valley. The second day we were high in the Daisetsuzan mountains at 1,350 meters. We had hoped to be enjoying the views of the surrounding peaks and volcanoes from the top, but were enveloped by cloud. We would soon descend below it after a few hundred meters, revealing the lush greenery of the primeval forest. Various turquois waterfalls dot our route down in to the valley. One which we take is through a silver birch forest track past small Buddhist shrines.

Hokkaido has thirteen active volcanoes around the island and a number of deep water caldera lakes. The third day we would ride from one caldera to another reaching our destination just before dusk settled over the lake. The back road descends down a narrow valley before opening up to fields of rice, and then finally Lake Toya. Toya is ringed by a number of volcanoes and strato-volcanoes, notably Mt Usu and Showa Shinzan, which last erupted in 2000.

The fourth day we would ride in to the ski resort area of Niseko. During the winter months it is known as one of the snowiest areas on the planet with up to sixteen meters of snow falling a season. When the snow melts and the undergrowth and foliage spring back to life, the locals call it 'green season.' We wake up to light rain falling which dampened our spirits a little, but was no deterrent to the ride ahead. We would be riding in the shadow of the Mt Fuji of the north. Hokkaido's Mt Yotei.

Hokkaido is well known for its quality and freshness of seafood. The cold waters off the island are home to salmon, scallops, oysters, crab and uni, caught at various times of the year around the island. We once had a foodie group who came up primarily for the food, the cycling was something to do between meals and stop getting overweight.

Our destination today was the area where 'uni' or sea urchin is caught on the island and the season was perfect. We would be lunching at a seaside restaurant that I had stumbled upon while on a reconnaissance ride. Family owned and run, the father would be up early catching the day's ingredients, the mother will be running the restaurant, and son barbecuing the seafood before you. It doesn't get any fresher than this.

We would be staying on the coast in a small fishing village on the last night. The minshuku style accommodation is well known for the freshness and quality of seafood it prepares for customers and has a Michelin Star for its efforts. Fueled by a breakfast of 'uni don' the boys set off for the last leg of the trip.

The ride is  punctuated mid way by a twenty minute walk out to the end of the peninsula. It provides for good views up and down the coast, where the clear ocean meets the light brown crags of the cliffs and then the green of the pastures above. Even from a hundred meters along the top of the cliff, we are able to see how clear the sea is, just making out the bottom of the ocean floor. Right at the end of the point is a rock spire out in the middle of the ocean. 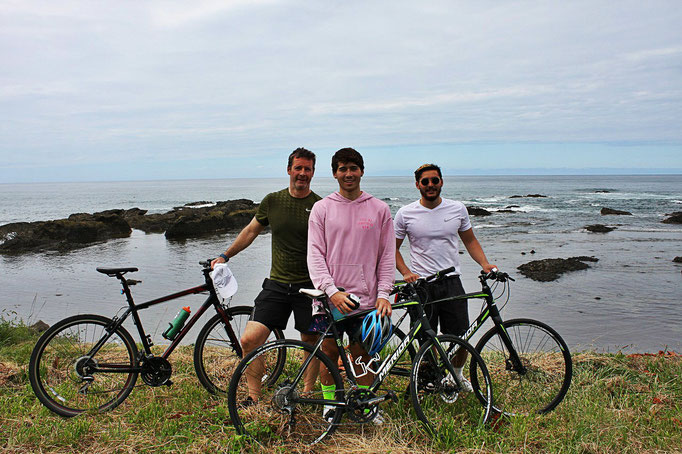 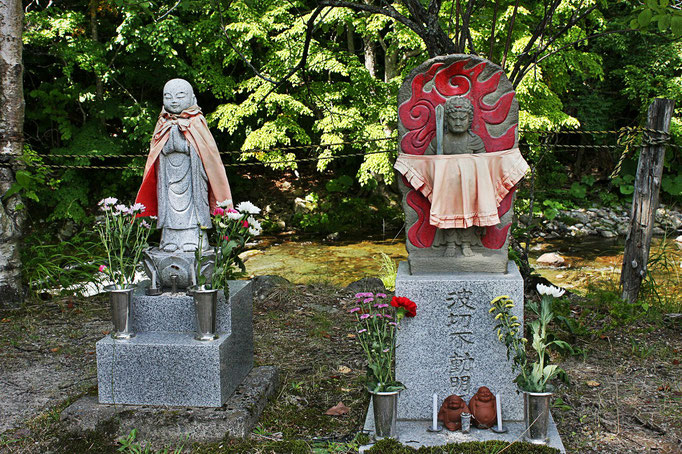 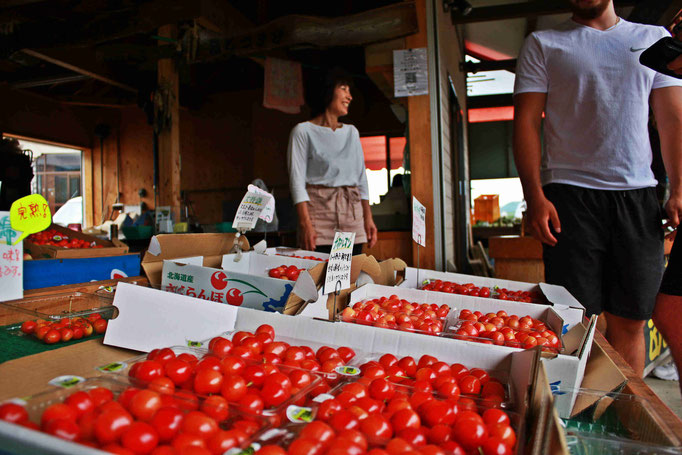 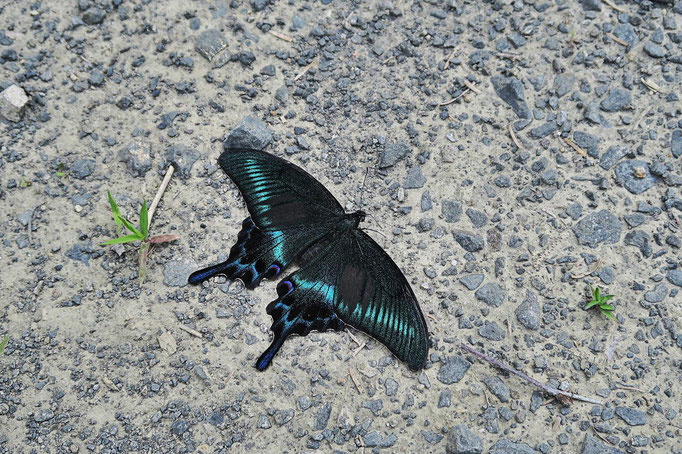 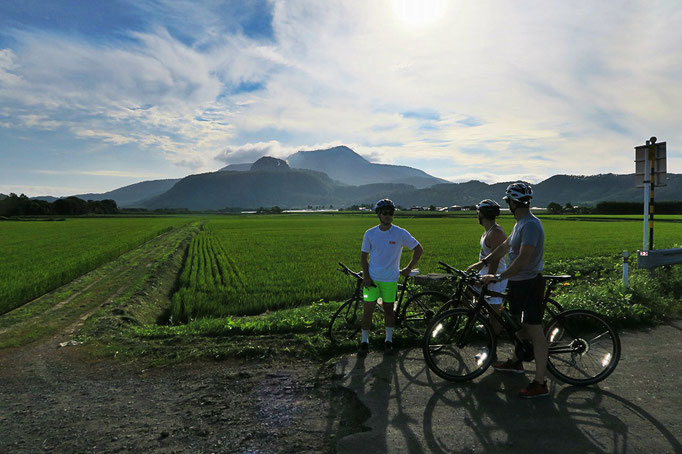 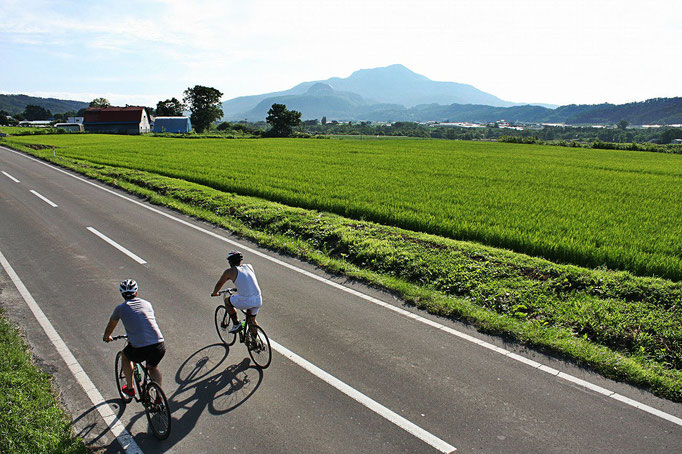 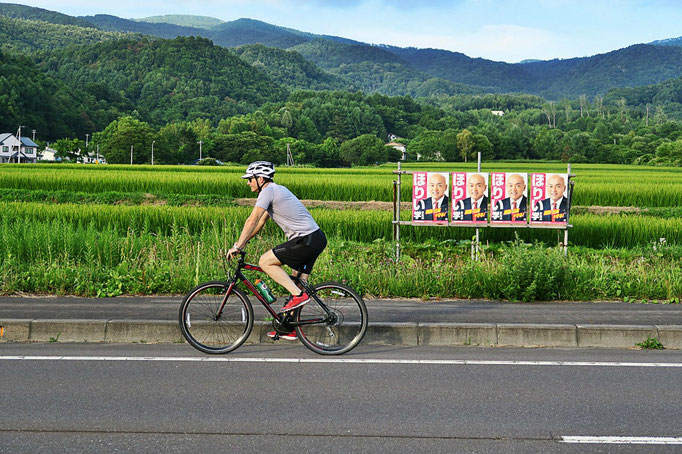 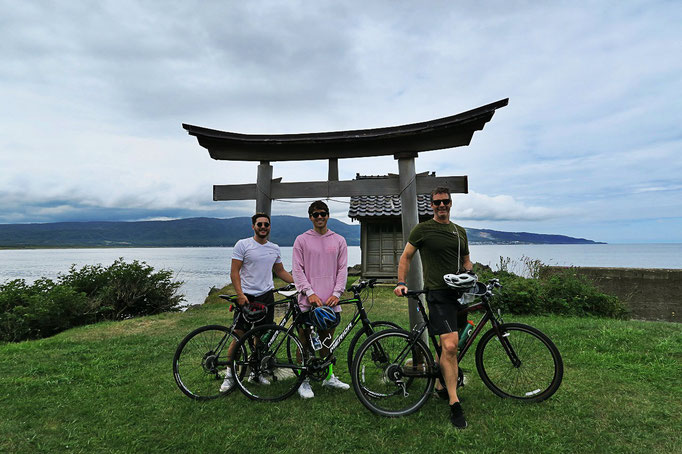 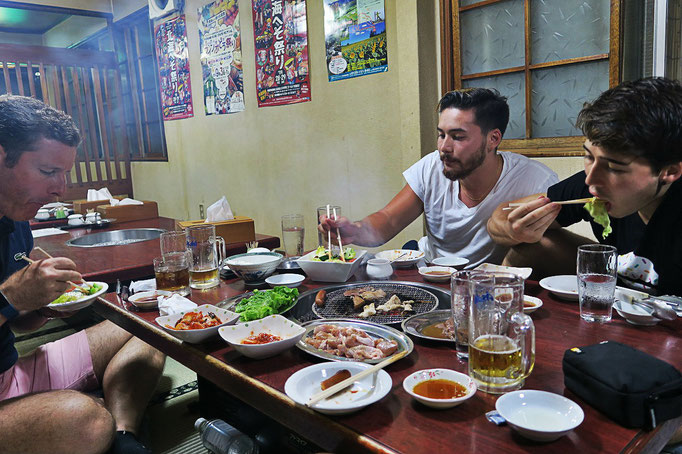 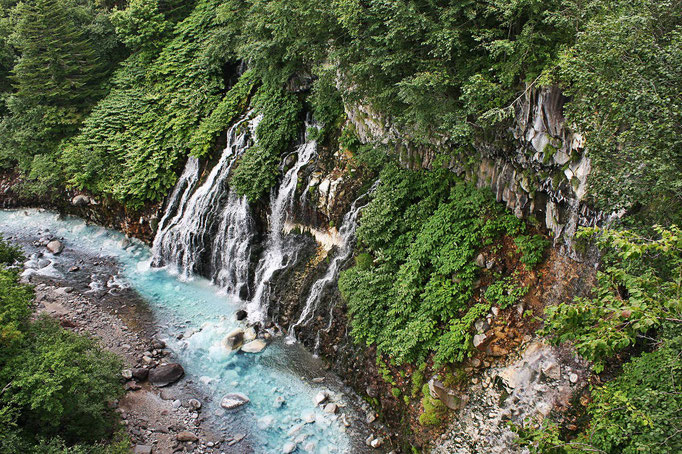 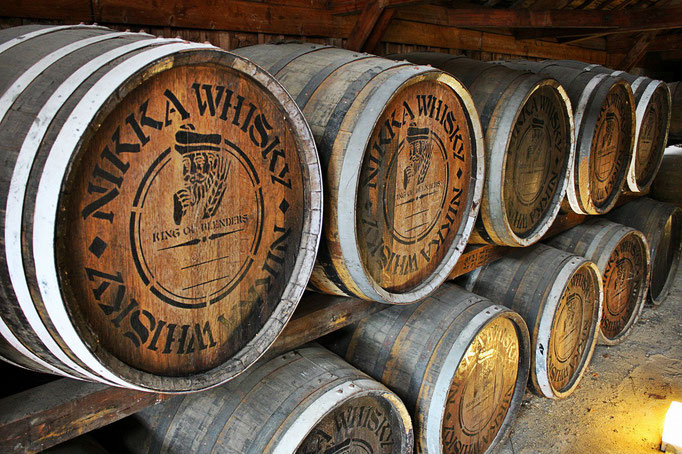 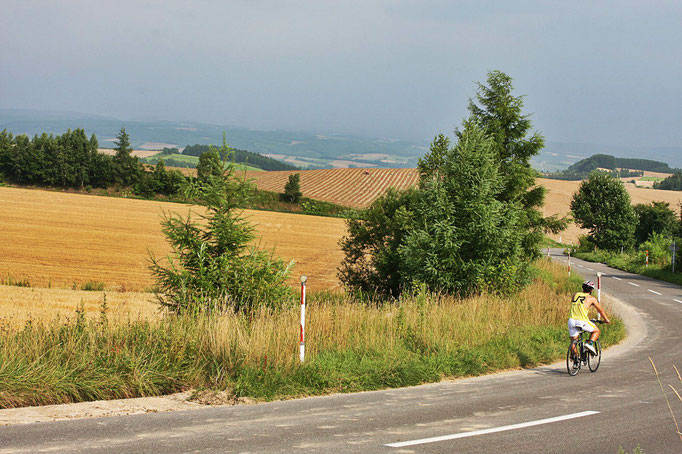